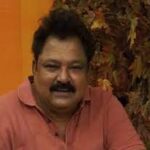 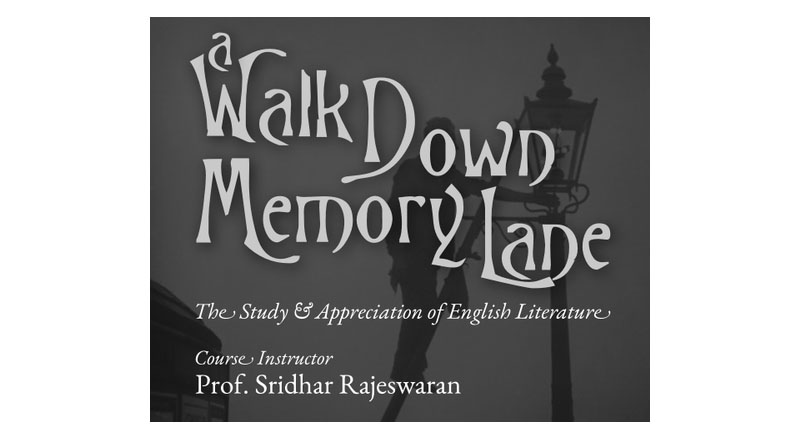 Description
This is a Basic course specifically designed for anyone who wants to know about English Literature. The only pre-requisite is an adequate level of linguistic competence in the English language and a bent of mind that may be defined as sensitive. However, this course will also appeal to students of English Literature and Literatures Written in English, who want to walk down memory lane and brush up their knowledge of the subject.

The course will comprise of three Sections:

Section I would begin with a general introduction to art and literature, where sufficient attention to the notion of art will be paid in so far as it helps locate literature. The primary focus would then shift to an introduction that would centre on the need to provide a sense of history in which, the notion of tradition in a larger Cultural and Civilizational context may be grounded. This would entail beginning with the Greek World and its ideas. Considering the fact that the teacher and the participants come from entirely different cultural backgrounds, contextual knowledge to the required extent, will be made the consistent back-drop.

Section II would trace the development of English Literature through six centuries beginning with the 14th century and stop with the Moderns, a timeline chosen deliberately since after that English Literature, by virtue of the tremendous contribution from ever widening spaces comes under the banner of Literatures Written in English.

Section III would offer an overview of trends and movements that may be broadly described as contemporaneous. It shall seek to introduce the Post-modern and the Postcolonial, and accordingly would bring in the larger sphere of literary contributions from spaces other than the European Centre. Certain literary theories, trends, movements, and moments would be introduced with the help of certain texts drawn from different parts of the English-speaking world. Unlike the earlier part where we have not gone beyond the Great Moderns, here as ideas are in the realm of the contemporary, they are more or less up to date, as they rightly should be. Certain representative texts from contemporary times may be used to foreground them.

Outline of Course – I
Section I

Note: Though this course seeks to cover the entire spectrum, it is a basic level course that would be taught at a foundational level or in other words pitched as a Course for Beginners. It is obvious the outline appears to cover a wide spectrum but it is unavoidable due to the expansive nature of even the bare minimum.

About The Instructor
Professor Sridhar Rajeswaran is a Visiting Professor of Humanities at the Centre for Excellence in Basic Sciences, University of Mumbai and Department of Atomic Energy. He is also a member of the Advisory Committee of the CoHaB IDC Constructions of Home and Belonging Indian Diaspora Centre, University of Mumbai. He is Global Faculty at the Fairleigh Dickinson University, NJ, USA.

He has studied at the Universities of Madras and Bombay. His doctoral work dealt with postcolonial perspectives on the poetry of W.B. Yeats. His post-doctoral areas of research are Modernist Poetry, Modern Indian Drama, Postcolonial Studies and Studies of the Indian Diaspora in Literature and films.

He has over 25 articles published in reputed academic journals and critical anthologies in India and abroad and has presented 45 papers/guest talks/keynote lectures at national and international conferences in India, Britain, Germany, Belgium, Austria and Canada.

He has been a Fellow at the Indian Institute of Advanced Study, Simla and is also the recipient of the University of Mumbai and the University of the Fraser Valley, BC, Canada’s Indo-Canadian Studies Centre’s Senior Fellowship for his work on Deepa Mehta, the Indo Canadian Diasporic Film maker.

He was the Dean Faculty of Arts and Professor and Head of the Department of English, University of Kachchh, Bhuj in Gujarat from 2008 to 2012. He was an Assistant Professor in English Literature at the University of Hodeidah, Yemen from 2000 to 2001 and then again from 2004 to 2005.

Professor Sridhar is also a creative writer and has written poems and plays. His plays have been broadcast over the All India Radio and been read in professional theatres. He is a member of the Association of Contemporary Drama in Europe. His poetry has been published in many journals like Kavya Bharati, JIWE, in India and in Wasafiri and World Literatures Written in English, in the U.K. It is available on the websites of the Siegen, Cologne and Dusseldorf Universities, Germany. His poetry has also been translated into French and German. His first collection of poems entitled, Cracked Images: Frozen Frames, was published in 2008. He has been Poet-in-Residence at the University of Dusseldorf in 2006-07. He has also been an invited poet at the Kitab Literary Festival, Mumbai in 2007 and at the London Book Fair, London in 2009.

What is the target audience?

Learning a new game engine as a complete beginner is very intimidating. There are a lot of tutorials, documentation and advice already out but how do you start and proceed with learning Unreal Engine 4 is unclear. You get pulled into many different directions and end up confused and overwhelmed.

I have spent a lot of time deconstructing what it takes to learn a game engine from scratch. What it is that you should focus on first and what you should avoid until later.

Productivity Hacks to Get More Done in 2018