Archaeology and History of Ballistics 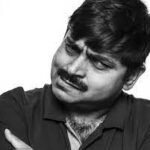 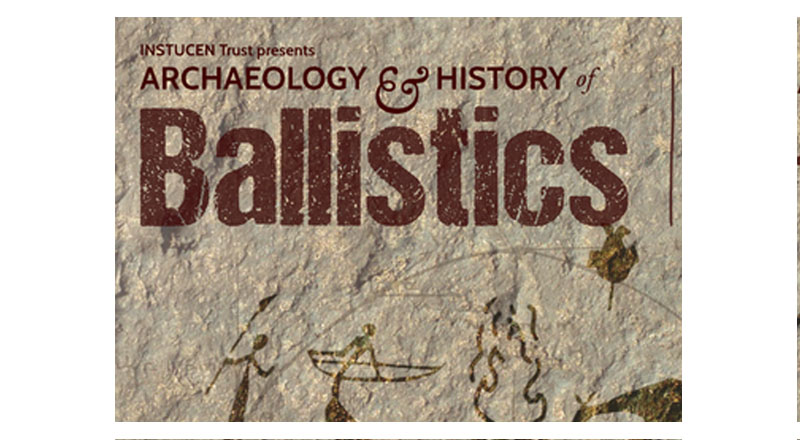 About the course:
The projectile, whether as a weapon of war or hunting, marks a critical stage in the evolutionmof genus Homo, and especially into our species Homo sapiens. While tool use is documented among birds, and some form of tool-shaping among primates, the ability to make sharp tipped tools that can be thrown at prey or conflicting individuals has only been observed in our species. Indeed, beginning with prehistoric times, humanity has relied on the thrown weapon to rise up to become the apex predator.

In these sessisons, get to understand the fundamentals of ballistics.

Topics to be discussed:
1. The Physics of Ballistics
2. Human Musculature, the ‘Power Grip’ and Hand-to-Eye coordination
3. Tool making and Human Evolution from Palaeolithic to Chalcolithic
4. Prehistoric Weapons: the difference between throwing and stabbing weapons
5. Emergence of Intertribal Conflict in the late Mesolithic
6. Development of armies based on archers in the Bronze Age
7. Siege engines, Mangonels, Catapults and Trebuchets for large projectiles
8. Development of fortifications and other defence tactics

About the Resource Persons:
Mr. Mahesh Shetti did his B.Sc. (Physics) & M.Sc. (Physics) from D. G. Ruparel College. He is the Assistant Professor for Physics at the Wilson College from June 2000. He’s been teaching Physics since 1997. He is a faculty with the Centre for Extra Mural Studies for the Certificate course in Astronomy and Astrophysics. He worked as the team leader for the Indian team at the International astronomy Olympiad in 2003 (at Stockholm), 2005 (at Beijing) and in 2007 (at Kiev, Ukraine). He’s a Secretary of the Mumbai sub-regional council of the Indian Association of Physics Teachers (IAPT). They organise workshops, outreach activities in physics for students and teachers. He has been conducting star gazing sessions for college and school students in urban and rural areas for 15 years.

Kurush F Dalal has a BA in Ancient Indian History and History from the University of Mumbai, an MA in Archaeology as well as a PhD on the Early Iron Age in Rajasthan, both from Deccan College, Pune University. Subsequently he shifted focus to the Early Medieval Period predominantly on the West Coast of India and excavated the sites of Sanjan, Chandore and Mandad. These excavations and the data recovered have had a strong impact on scholarship in the region. The recent Mandad excavations have revealed a brand new hitherto unknown Indo-Roman Port site with antecedents going back even further. Dr. Dalal also actively works on Memorial Stones and Ass-curse Stones in India and dabbles in Numismatics, Defence Archaeology, Architecture, Ethnoarchaeology and allied disciplines.
He is the Co-Director of the Salsette Explorations Project, a massive Urban Archaeology Project documenting the Archaeology of Mumbai since 2015, thus extending his interest from the Medieval into the Colonial Period. He has published over 35 papers and has read many more at National and International Seminars. He is a visiting lecturer at various Universities, Colleges, Schools and Government Institutions. He taught archaeology and allied subjects at the University of Mumbai for 10 years. He has recently blended his passion for food and archaeology into a research in Culinary Anthropology and Food Archaeology. He runs a very successful course called The Studying Food Workshop teaching food beyond the usual topics. He has made the most of the lockdown teaching via Instagram Lives and by teaching at various online platforms like Mythopia and INSTUCEN.

Raamesh Gowri Raghavan has 7 years of experience in scientific research, especially with PCR and biochemistry skills, followed by 11 years of experience in digital marketing, adept at conceptualisation, strategizing, copywriting and execution of marketing campaigns, working well solo or in a team. He has helped bring several brands to market in memorable and award-winning ways. He is also a teacher-researcher in the field of archaeology, linguistics and epigraphy with 4 years of experience.

1
1. The Physics of Ballistics
1:47
2
2. Human Musculature, the ‘Power Grip’ and Hand-to-Eye coordination
1:13
3
3. Tool making and Human Evolution from Palaeolithic to Chalcolithic
1:35
4
4. Prehistoric Weapons: the difference between throwing and stabbing weapons
1:07
5
5. Emergence of Intertribal Conflict in the late Mesolithic
00:43
6
6. Development of armies based on archers in the Bronze Age
1:25
7
7. Siege engines, Mangonels, Catapults and Trebuchets for large projectiles
1:09
8
8. Development of fortifications and other defence tactics
1:11