The fascinating glimpse into the tree of life 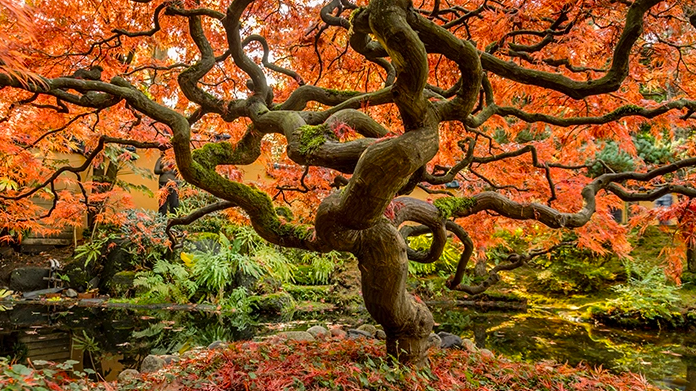 How does a tree grow? There is of course a detailed biological explanation of how this happens. But let us look at it from another perspective.

Imagine a seed in the soil. Initially the water and other minerals in the soil swell up and break the outer protective shell of the seed exposing the embryo inside. The embryo then begins to receive water and other nutrients. That initiates a series of chemical reactions inside the seed that make the cells inside expand and replicate. This replication is not uniform and is probably sensitive to the pressure the seed feels when it tries to expand in any direction. This is an ideal way of sensing where the surface of the soil is. Once it knows where the surface is, it will concentrate on sending up a shoot along this line. Already low on nutrients, it will ensure that it produces some food. For this it coats the shoot going up with chlorophyll. The moment the shoot encounters light – the stem will start producing the sugars and other essential components necessary for further growth. At this stage, sensing the soil and the intensity of sunlight it will begin a rapid activity of producing larger, light collecting photosynthesising surfaces that we call leaves. Once this is done other complications come in.

As it begins to consolidate early activities of a living plant, it begins to get more sensitive. With different leaves and different parts of the leaves producing food with slightly different efficiency, the plant will begin to sense its environment in more detail. It will know where there is obstruction to sunlight, where there is more light to be obtained etc. and begin its planning on which direction to grow in.

At the same time, once it begins to produce enough energy, it also begins to worry about its stability. So it also starts probing the ground below for hardness and the possibility of putting in roots for stability. The exact nature of the kind of roots it will produce will depend on the genetic programme it carries inside, but the sensing of soil for setting up roots will begin. It will begin by sensing water density in different parts of its surface and begin to approach the water source. As it goes towards the water source, it will also expand on the other sides to stabilise itself and search for other possible sources of water. It also needs to take an insurance against the presently sensed water source being temporary. As it puts in the roots, it will harden these cells in a manner that it can withstand the pressure of drilling into the soil and also hold its position in case the leaves on the surface are subjected to pressure. In plants that grow in a swamp where water is well over the seed’s head, it will send some really hardened roots to go above the water mark so that it can get some much needed oxygen through open tubes inside these roots. It will also be very careful in the sense that it will stay away from acidic environment and will certainly put more cells and thicker roots towards the more nutrient-rich part of the soil.

In the meantime, the upper regions begin to sense the environment above in ever-increasing detail. It will remain sensitive to the source of sunlight and if it senses plenty of sunlight, it will quickly begin to diversify depending on how good its genetic instruction manual is. If the original seed is of a bushy plant, it will make only a feeble attempt at expansion. But such plants have a shorter life span so it will quickly start worrying about reproduction and begin the programme of flower-seed production. This programme will be initiated once the plant has reached a level of maturity. At this stage we have an adult, reproductive plant that is producing, attracting insects to fertilise it, creating new seeds and the life cycle begins afresh.

For trees however, the scope of life and the potential for expansion is huge. So, for example, a tree in a good, open environment will vigorously diversify. In some trees, one can see the main stump as small as a couple of meters tall and from whose branches multiple parallel independent tree like structures emerge, dependent on the original stumps for stability and supply of water-based nutrients. But this journey is also not easy.

As it begins a horizontal spread, the problems of stability come in. So if there is a lot of good quality light available in one corner, the plant cannot just grow branches in that side alone – that will result in mechanical instability and topple the tree on one side. So it must produce balancing branches even if these branches don’t add much to the nutrition generation. Even within the branch formation, at the place where the branch actually branches off, there is an immense amount of strain and in large trees the weight of the branches can be very significant. Plus it must have some extra strength so that it does not break under the pressure of animals jumping on it. So a lot of pressure balance, mechanical hardening and stress dissipation is essential for a good stable plant. Trees therefore grow symmetrically, vertically and horizontally in order to pay their dues to physics.

During its lifetime, the plants continuously evaluate their environment. For example, trees growing in a highly windy environment will grow up in an aerodynamically deflective shape so that the wind pressure felt by each tree is minimised and the air deflected away. The trees of course do not have a direct way of communicating with each other. They create probe structures and sense the wind and other pressures felt by it and can make a cost-benefit calculation that can even make a banker jealous. It will see how much additional food is produced by going over the aerodynamic stability and now much energy has to be spent to keep a leaf alive there in terms of hardened support etc. If it finds that the venture is not cost effective, the leaves will simply fly off.

The next problem is seasons. The sunlight is not constant over the period of a year and the environmental temperature can vary significantly over time. If the plant is above the ice line, there are several problems. Freezing temperatures mean that water transport is impossible during this freezing period and is weak even during summers. So the tree needs leaves which have maximum possible expose area and extremely high density of chlorophyll (dark leaves) to produce food with maximum efficiency. They also need to minimize the energy consumption so the leaves are not broad but are small and dark. These trees are more rugged, have none of the capabilities or the leisure of horizontal spread and grow straight up. They also shed all their leaves during winter and are essentially dead in winters. However their adaptation means that if you plant such trees in wet, warm and humid environment, they will not survive.

But if plants in tropical land have it easier in this respect, they have other problems. Warm climate encourages growth of parasitic plants, fungi, insects and plant eating animals. Some of these are beneficial but most are not. Under these conditions, the trees develop a variety of defences. They grow thorns, try to grow beyond the reach of animals, make their trunks too strong for insects to penetrate etc. In extreme cases like the case of Eucalyptus trees that grow in dense environments, they produce chemical poisons that stunt the growth of other trees.

Then there are occasional dangers such as cyclones and earthquakes. I know of at least one Tabebuia Rosia tree whose top five meters was cut off by a cyclone about 10 years ago. Even though this was the first cyclone the tree experienced in 50 years, the tree never regenerated that top. It was growing in an open field so the tree began a massive horizontal spread until it came up against the weight and strength barrier. Its lower horizontal branches swelled up and became thick and heavy and exerted enormous pressure on the tree’s stump and the joint. At this stage, the tree bent this outer branch and took it back to the ground until the branch itself touched the soil and soon began to form fresh roots and transferred the weight of the expanding branches to the new stump. The tree cloned itself.

But the most adaptive and efficient of all trees is of course, the great Banyan Tree. It knows how to expand and also ensure that the expanding branches do not put too much pressure on its central stump. Our environment is replete with oaks whose branches have grown their own roots and, like good children, stand on their own feet while not breaking away from the parent plant. Maybe there is a lesson in this for humans and for industries.

So the next time you see a tree or even a plant or grow sprouts in your house, think of all the complex things that were happening in its life while you were not looking. 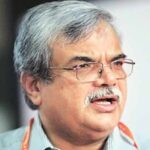